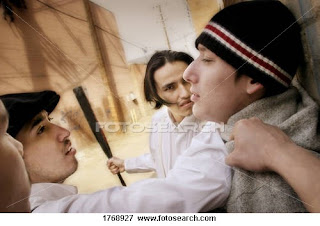 Last week, a few minors hogged the local headlines in what were alarming considering that they committed criminal acts.

The first was a 11 year old boy in Baguio who apparently strangled to death his 10 year old classmate after an argument. News was that he hit by another boy against the blackboard then strangled was strangled by another. What is unknown in this trail of events was what the classmates did while this was going on. While authorities went on the blame game to the teacher, it was odd that the news did not cover what the kibitzer classmates were doing while the older boy was strangulating his classmate.

In Cebu, it was reported that a boy together with an accomplice killed his pregnant mother and 5 year old sister. The boy, a drug addict, admitted to killing his mother and sister because he felt neglected.

Last week at the SM in Pampanga, a 13 year old boy shot his alleged male lover, a 16 year old boy in front of the Astrovision store. After shooting his lover, he turned the gun on himself. Apparently the story trails back to the Facebook account of the 13 year old where he planned the shooting all along. He allegedly was willing to die with his lover. He planned the killing because he found out that there was a third party, another male teenager, involved with his 16 year old lover. After the shooting incident, both boys were brought to the hospital where they eventually died after a few days. A crime of passion. Case closed.

Worst of all is that in one of the pinoyexchange threads, some idiot who calls himself GreenPeas commented "aba violente si atchiii!!! Ayon nga sa kasabihan marz, lokohin mo na ang lasing, wag lang ang bading na nawalan ng booking! etcho" about the incident at SM Pampanga. While the idiot thought it was a joke, the incident poses some critical thinking about the random thoughts and lunacy of a gay boy trying to humor a tragic event. Which shows you the kind of support the community has with an incident requiring empathy and understanding rather than mockery! 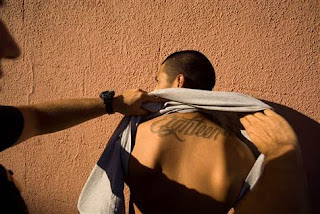 The parent of a patient of mine had popped up the question - what's happening to our youth of today?

My expert opinion was sought and I was saddened by the turn of events in the last week.

These were minors. In the words of Etta Rosales, the Commission on Human Rights chair, it is always the parents responsibility on what happens to minors. And while I agree completely with Ms. Rosales on this, I told the mother of my patient - "the youth of today are very different from our generation. I guess the internet age and the technological advancements have made access to information and misinformation much easier to all."

Children do not understand fully the responsibilities of too much information. Parents today are busy juggling between work and career that the child is left to fend off for himself or herself. Many parents think that getting a nanny or having granny take care of the kid is enough. After all, they reason out that they need to make a life for themselves. Most parents today are career-oriented. It's like, the kid or kids they have was the bonus in their relationship. Hence, they're busy making money. Bonding is time shared in a car or in a mall on a Sunday or on a plane and in Hong Kong Disneyland or in a beach somewhere.

I see many patients at my clinic where either the nanny or the granny is the accompanying person. Some of the parents may be reading my blog and if you think you're alluded to, my apologies. It's a personal opinion and I think you need to look at your kids again.

In short, many parents today are not "hands on" with their children. They feel helpless if the nanny isn't around. They need to dump the kids at Kumon because they can't seem to find the time or the brains to tutor their children. And there is always granny to take them to the doctor. They are, sad to say, ambivalent of what is going on in their children's life. The kids are in my waiting room methodically and rabidly texting on their phones or playing with their iPads or DS Lite some violent game. But to the parents, as long as the child is quiet in some dark corner of their house or church or restaurant where in the silence of it all, the parents are not disturbed from their own comfort zone, everything is picture perfect.

Unfortunately, this is not the case.

I've always told parents time and again that there are no bad kids or bad eggs born. We make them. The environment they grow up to is the perfect milieu for either creating a good kid or a bad one. When the milieu is filled with violence, anger, poor supervision, neglect, abuse and a reward system that is altogether wrong, one creates the perfect storm - the product of which is a bad kid. Our children are a mere reflection of ourselves. They mirror our lives and the way we raise them. Kids come into the world without a conscience. The latter needs to get formed. The formation of proper conduct, conscience, and respect actually comes from role modeling. A rotten child does not grow from perfect trees. It grows from trees that are rotten as well.

We cannot and should not keep blaming society or teachers or nannies or grannies for the way our children are today. We cannot and should not keep making our kids happy simply by providing them gratification through gifts and gadgets and money while we are absent in heart and mind. To the young mind, what they grow up with and grow up to during the formative years are what they will grow up to be.

Bad eggs only come from bad breeding.
Posted by Kid at heart at 12:47 PM