The dangers of auto-debit 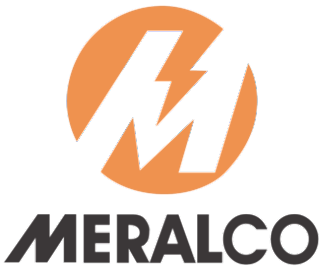 Why do banks and credit card companies encourage auto-debit for utilities, cellphone bills, country club dues, car loans, housing loans, and the like?

There are pros and cons for both the company and the client.

1. No more hassle of having to figure out when your due date is. This avoids the occurrence of late charges and fines ending up in disputes with the credit card companies later on.

2. The banks/credit card companies get paid in full way ahead! Which means that when we have problems in the statement of account or any dispute arising from contestable charges, we take it up with the utility firm or cellphone company, or country club or whoever is the merchant that is charging you. The credit card company simply sits back and relaxes and waits for the reversal of that disputed charge.

3. You earn points for every peso spent or charged! Which means that aside from the fact that your bills can be paid through either a deferred plan or a later deferred date or a minimum amount, you still get to earn points which at the end of the day can result in a free plane fare or gadget or points to waive your annual dues.

So here's the story. My monthly statement dues for the Palms Country Club is enrolled in one of my credit cards. I make sure that I check the statement of account when I receive it. I don't know how many people actually check their statements of account when the bills arrive. But I do. This month's statement of account charged me for an EAT and RUN event that was sponsored by the country club last August 28, Sunday. I had four charges for the following people - Faisal Amiv, Bianca Velayo, Enzo Chavez, Robert Borjal! I don't even know these people and I don't f*ckng care about them. What peeves me is the fact that I was charged a total of P1850.00 for their participation and meals in the damn fun run!

The statement of account has four columns - Date, Reference (receipt number), Description, and Amount. For these EAT and RUN people, there was no reference at all. It was strange that the billing section of the Palms Country Club had decided to charge it to my account. If that isn't stupid, I don't know what being bright is. Why the hell would you just charge it to my account? Was it a matter of guessing game on whom to bill? Who authorized the charging?

Worst of all is the fact that the charges have been made to my card. Which means that any dispute is between the country club and I. As far as the credit card company is concerned (I called to check if I can stop the payment of the charges to the country club), it is a valid transaction. And that I would need to go to the billing section of the country club, dispute the charges, and have it reversed. Of course, I can always go the extreme of just suing the country club for every last centavo it has left. It would throw the Gotianums and Filinvest a bit poorer.

The fiasco with this statement of account led me to checking all the other bills I had.

Lo and behold, I discovered that my PLDT bill had also something new inserted! It's extra P59 a month for the call forwarding, speed dialing, and call waiting inserted into my billing statement! Watdfuk is happening to our bills? These companies just keep inserting things without notifying us! My Lord! They are like the Bureau of Internal Revenue - they think that when we take a shit, cash comes out of our asses!

There was a time I refused to enroll my Globe Telecom bill in an auto-debit scheme. There have been several occasions wherein I have been billed for calls I never made to God knows which country on this Earth or Mars, but for internet charges which are supposed to be free as it comes with my Platinum plan! And yes, my dear Globe, I do turn off the internet when I am roaming. And no, I do not accidentally turn it on. There is usually free wifi abroad anyway so why bother about turning my cellular data of my iPhone on?

I blog about this topic, to warn everyone of the potential hazard of auto-debitting your utilities. While some of the charges may be small in amount (and some of them extremely large), it's not a nice feeling to get these hidden or unauthorized charges in your bills. It's like thieves robbing you of your hard earned money. No matter, how you look at it, it is still a robbery! And it is a crime!

Someone must punish these erring merchants and shut down the business or pay damages to the customers who are inconvenienced. This is only fair to all. They should also fire the incompetent bastards who made a booboo or their bosses who authorized the illegal charges made.

While technology has provided us massive ease in settling bills via a supposedly hassle-free environment, with matching perks to boot, it has also been the very core of cheating and stealing by large companies in connivance with banking institutions.

Be wary, Beware, and Be Careful! Even your next door banking neighbor can be a wolf in sheep's clothing!
Posted by Kid at heart at 11:47 AM

Hey! do you have an email address?