I will take time out in my blogsite to help promote tourism in the country. It is, in reality a great one and each of the provinces have their own rich heritage that tells a story.

First stop for this year is Dipolog City.

On the northern part of Mindanao, Dipolog City (Province of Zamboanga del Norte) is the Orchid City of the Philippines. A couple of kilometers from Dipolog is Dapitan City which one can travel by land. Dapitan is where Jose Rizal our national hero was exiled after his being implicated in a rebellion in 1892. While in Dapitan, he built a school, hospital and improved the water system in the peninsula of Zamboanga. 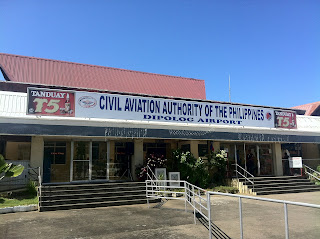 While Dipolog has already evolved with the changing landscape of urbanization, many parts of the city has remained laid back and endearing. The small stores and houses that align the well paved roads, the rows of trees that cower the hot pavement roads, the sea that laps against the beach on the narrow roads leading from one city to another remind me of the relaxing ambience awaiting me.

Dakak Resorts was way beyond my expectations of a premier resort in the midst of Dipolog. I had read unkind reviews from TripAdvisor, but I guess there were people who were expecting a full premier 5 star resort with all the sheebang and glitz of Shangrila Hotel chains and the like. I hate to spoil the fun. True that Dakak was not at par with the high-end touristy hotels, but for the price of accommodations and the quality of food that Dakak served, I had my hands down. It had one of the best meals I have ever had without the tag price from the upper ended hotels in the country where your payment goes to paying their foreign expat GMs for staying in the Philippines to run the hotels here. 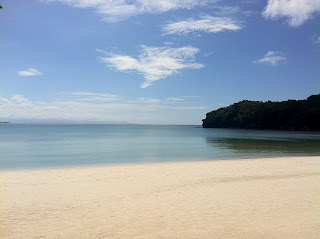 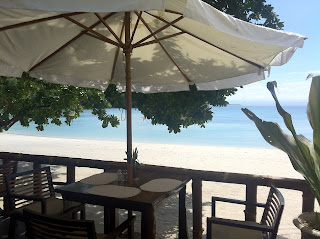 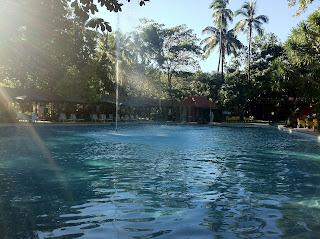 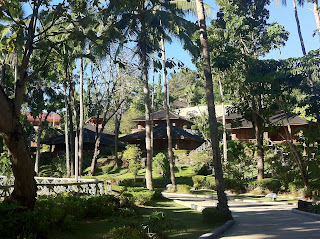 Service was excellent and the food was superb! Especially the Crispy Pata that tasted so divine - crunchy with little fat and like chicharon that was cooked to a crisp! Heaven on earth never tasted this good. Definitely the best Crispy Pata in the Philippines. The Seafood Bouillabaisse was sumptiously good as well and a must try! It was filled with enough seafood without having to taste fishy in the end. Their Pina Colada had the right twist of fresh pineapples and vodka to make you want more!

The people at the resort try to make you feel at home and the staff is what Filipino hospitality and Filipino smile is all about. There are several things to do including a 24/7 pool for everyone and two gift shops that sell souvenirs without having to spend an arm and a leg!!! Even their drinks and water is affordable and not like other hotels that charge highway robbery just for these service items.

Alright so we were there during the renovation period. I can't complain. They're trying to improve and do their best. Aside from the fact that the amenities are like a 3 star resort, the place in itself is amazing! Despite the morning brownout (for about 20 minutes), they got the airconditioners and lights up and going almost immediately.

Philippine Airlines and Cebu Pacific fly to Dipolog from Manila. PAL does not have daily flights but Cebu Pac has. I took Cebu Pac on my way there and PAL on my way back. Seriously, if you really don't mind spending a few pesos more, I suggest you take PAL because Cebu Pac is such a lousy airline. On your next vacation, remember that the means of transportation IS PART of the vacation!
Posted by Kid at heart at 1:41 PM