Alright so I'm having a food trip.

There are several restaurants that have opened on the newly expanded Alabang Town Center and my family and I had Sunday dinner at Crisostomo, a quaint Filipino restaurant that seriously had some of the most imaginable names to favorite Filipino dishes.

First of all, I'd like to thank them for accommodating my request for reservations. While the head waiter did not initially want to take in a reservation because it was a Sunday, at my behest and begging, he finally agreed. I think that every good restaurant MUST take in the request for formal reservations. It sets the bar of the restaurant a bit higher and defuses the greed in the owners having to contend with walk-in customers. While I understand that profit is the bottom line here, I also believe that pleasing the more discerning customers are the hallmark of what a good restaurant is. Besides, it's about time that the Filipinos learn to make reservations if they want to eat good food. It's useless queuing for forever on an empty stomach only to end up disappointed. 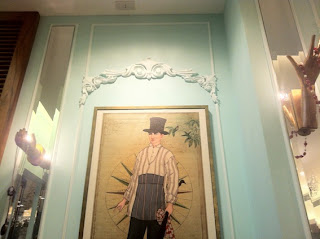 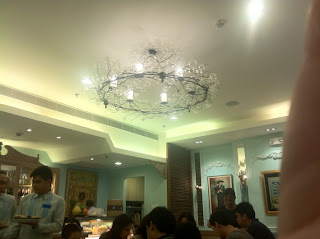 A party of five (5), our family started off our appetizers with Tiago's Triump (Oysters baked in Bacon and Spinach on a bed of rock salt). 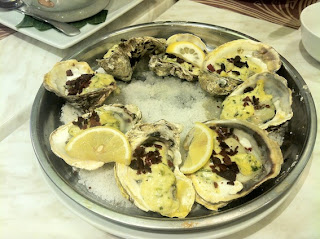 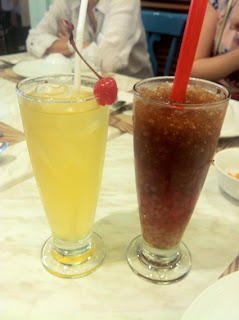 Soup followed. The traditional Tinolang Manok was called Tinolang Matanglawin. Unlike other Tinolang Manok, theirs had a twist of sweetness in the soup because of the buco (young coconut) meat which added a flare of gusto to the broth! 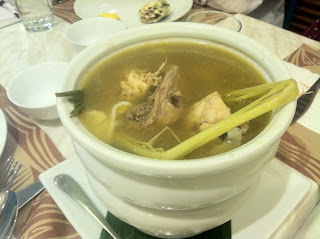 What was lacking, however, was that the vegetables as main ingredients were sparse. But the young coconut was a surprising revelation at how good the soup ended in the end.

Main course were the traditional Spanish Paella (Pinoy Paella) that was divinely filled with pork, shrimps, chicken and chinese sausage; 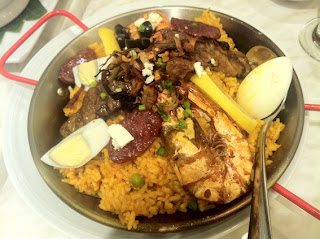 Pampano Tausi where the fish is sauteed in black tausi and tofu; 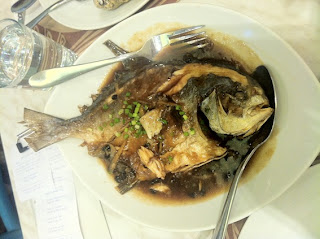 And Don Rafael (Crispy Pata), where the pork meat literally melted in your mouth and the pork skin was cooked so crispily divine that the crunch meant a bite of heaven with every munch; 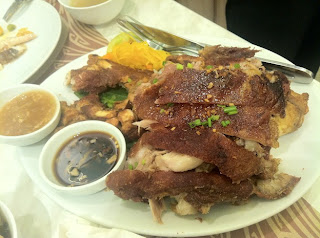 And what would dinner at a Filipino restaurant be without enjoying dessert? So we had the suman (rice cake) in chocolate fondue 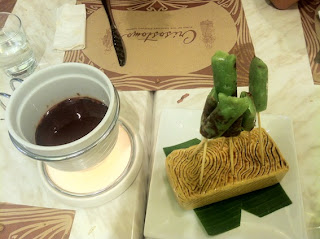 and turon (bananas with langka wrapped and fried) in coconut jam!!! 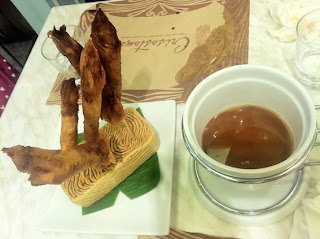 Both desserts were utterly divine and never mind the added calories. Today we ate, tomorrow we burn the calories gained at work or at the gym!

Total bill: P3022.00 ($70)
Recommendation: Highly recommended with two thumbs up for value for money and for service. It's homey ambience is a definite plus considering the fact that it's located in the lower basement of the new mall expansion wing. The staff were very attentive and nice and had that Filipino charm in them.
Would I go back? Definitely! For my foreigner friends, this place is a definite try. After all, it's really more delicious eating Pinoy food and having more fun in the Philippines over dinner!
Posted by Kid at heart at 9:20 PM

Your insights about 'reservations' are not far from my own. As for the food, anything I would say would be an affront to the delicate, delectable flavors of the curiously christened cuisine.

PS: The 'Tinolang Matanglawin' is indeed rather Spartan. A few more vegetables would do no harm.

Thank you for your review.