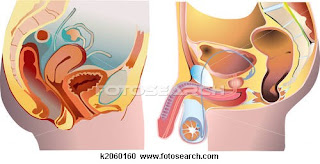 It's a Sunday here in San Francisco where I'm attending the American Academy of Pediatrics National Conference and Exhibition at the Moscone Center.

While the pediatricians from Manila, Philippines seem to be packing the meeting (they ran out of badges for international delegates, which means that I got one that said that I'm American), I've been reading up on the newsfeed on FaceBook during the break periods.

So here I am, blogging in the meeting of one of the sessions, on a raging difference of opinion between the Reproductive Health Bill of the government and the opposition of the Catholic Church in Manila, Philippines regarding this.

Which goes to the reason why the title of this blog is "Saradong Katoliko", or in English - Closed Catholic.

I shudder at the fact that there are still "closed catholics". I thought that fanaticism died a long time ago. I didn't realize even if this is already the 21st century - where information is at our finger tips and we derive more reliable sources faster than the speed of light, where mobile phones are now used not just for texting or calling but for surfing information and getting emails, and where people are more endeared to work on saving the environment and are trying to help their fellowmen through programs at community service or discovering "heroes of the year" - some people who preach from the pulpit refuse to accept change in relevant views that will impact on the future of society together with the times.

I will not go into a lengthy debate on the raging sides that people have taken regarding the issue of passing the reproductive health bill. This is something I am more than willing to do on LIVE MEDIA COVERAGE. What peeves me are those who refuse to listen to the side of reason because of beliefs. Using "beliefs" as a reason for not bending to change is not one that is based on rational logic. They are called fanatics. These are the "closed catholics".

There is a difference between a believer and a fanatic. That difference is a matter of defiance. And it is the perfect ingredient for misunderstanding, disagreement, and unfortunately, violent outcomes.

Many have died and sacrificed and have been punished or ostracized in the name of beliefs. For example, homosexuality was condemned by the church several centuries ago. While the church still condemns the practice of homosexuality, they have changed their stance - they do not condemn homosexuals, but only the acts between them. DUH? Meron bang virgin na bading? Eh kung sila sila nga eh naiipit sa eskandalong ito, sino sila para humusga sa kapwa? I am trying to understand - did these people of the cloak put some laxity on their stand because some of their members performed gay lascivious acts on the young altar boys? But it took centuries for them to change their stand on the issue of homosexuality. While still a limited stand, a change in the stand nevertheless.

On a public health level, the reproductive health bill of the government is receiving a lot of flak from the Catholic Church. The latter has threatened possible excommunication of public officials in the government (especially the president) to the large Catholic population in the Philippines. It has pushed the citizens of this Banana Republic to embrace one side - the church or the government.

Excommunication is not a threat one is afraid to face any more. It is irrelevant as religion has not served to lead the majority of the Filipinos to the promised land. It is also irrelevant as most of the men in cloak have not actually created programs palpable for the poorer Filipino community. This palpably lacking guidance of the men in cloak to the poor have been the major reason for the rise in Renewed Christian movements.

Which means that the income generated by the various Catholic Churches all over the country have reached a significant low. It's funny how all the masses end with a second collection - for the wayfarers, for the Pondo ng Pinoy, for the missionaries in Africa (what ever happened to missionaries in Tawi Tawi or Maguindanao?), and so on and so forth. The Renewed Christian movements have actually eaten up the financial contributions of the country to Rome. Had it not been for the significant Opus Dei movement in this country, there would be more financial retribution in the Philippines. But the Opus Dei group is limited to those that belong to the upper 5th quintile of society. The exclusive group (deemed snobbish by non-members) has yet to see an ordinary Juan de la Cruz admitted to it's BY INVITATION ONLY membership program. Only the who's who in society are invited to this society.

But facts will remain facts.

The population of the Philippines has tipped over 90M to date. In a few years, we will hit the 100M mark and this is a disproportionate rise. The number of deaths due to abortion and due to infant and child mortality has NOT changed in this country. In 1990, 1 out of 8 children in the country less than 5 years old DO NOT REACH the age of 5. So the mother is able to give birth. What kind of environment do the children in this country have? Many of the children are abused in homes not suitable for growing up and turn out to be decrepit members of society, who pay back society with criminal acts during their older years because they grew up in conditions not suitable to quality lives. Majority of the poor do not understand anything about sexuality. For some, it is part of being subservient to abusive husbands. To others, it becomes a way of life - a way out of the proverbial poverty they are all mired in. And the church is also opposed to sex education in school, especially public schools. They think that by introducing sex education, they will make overnight whores out of these young children. Who takes care of them? Each time government attempts to provide a solution to the problem the officials of the church are up in arms and call these programs immoral and not in cognizance with the teaching of the church. And these pompous idiots who preach from the pulpit, do just that - PREACH. It is wrong to do this. It is wrong to do that.

So what's their solution?

To them, that is is not their problem anymore but the government's problem. I thought that we're in this together. One cannot ask the government to just simply change the game plan only for them to interfere again later on because of their beliefs. They need to change their paradigm in this ever changing world. I am not saying that they should change the Holy Bible. There has got to be a middle ground. The church will need to play a new and active role and not just leave it all to the government to implement these much needed changes.

It is because the shepherd was nowhere to be found.
Posted by Kid at heart at 1:37 PM