At the break of dawn, I was headed off to the port of Piraeus in Athens where I needed to board the Superfast ship on my way to Santorini. 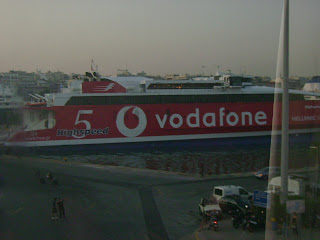 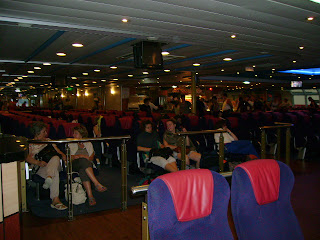 There were 2 options on going to the island - take the plane or take the boat. The plane was a 50 minute ride, but you still had to be at the airport 2 hrs before the flight. The one way flight was considerably also more expensive (about 150 euros). The fast ferry took about 4 1/2 hrs (with one stop at Ios Island). Aside from the longer travel time, the pros on taking the ferry was to appreciate the islands on your way to Santorini. It was also much cheaper at 58 euros on economy class, one way.

The ferry made a brief stop at Ios, which looked like a sleepy fishing island. 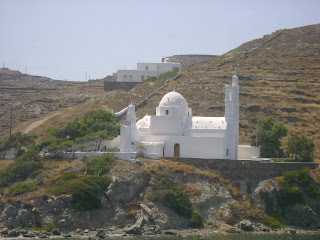 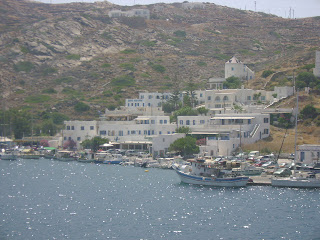 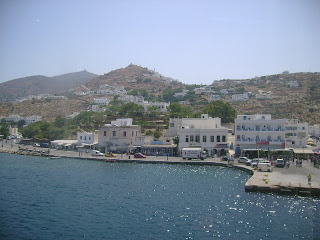 Santorini is divided into various cities within the city. The major areas are Fira-Firostefina-Imerovigli-Oia. Fira, is the capital of Santorini. It is also where the major nightlife, night spots, and anything that requires a life form to be present. It's a very touristy and noisy area - somewhat similar to the marketplace around Boracay.

The driver had dropped us off at Dreams Luxury Suites, where it will be home to me for the next 6 days. Dreams Luxury Suites has won hands down several of the awards of the most luxury hotel on the planet (for a reason I am about to find out). The Nefeli Suite has its own kitchenette, jacuzzi, champagne breakfast, a dedicated laptop, wireless internet, separate sala from the bedroom, butler service, TV, DVD, iPod dock, champagne and fresh fruits on arrival, Korres Bath essentials and vanity kit, espresso coffee maker and it's own sun deck. There are only 4 suites at this hotel, with the Nefeli Suite being the least pricey. 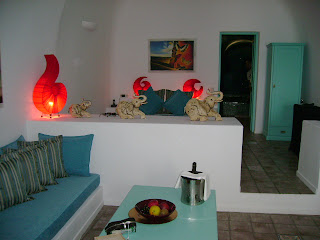 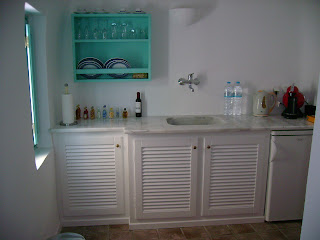 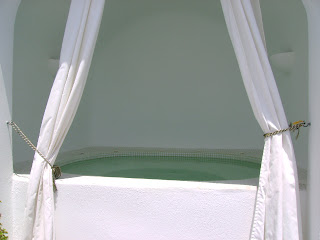 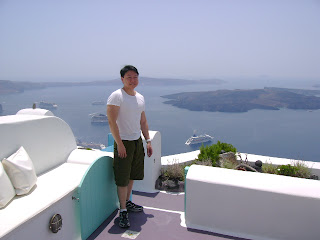 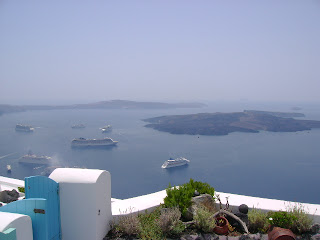 Overlooking each of the suites, is the caldera.

According to our hostess, the island of Santorini was born out of lava during the eruption in 1660 BC. The middle part of the volcano sank into the sea, leading to what is now known as Santorini. The massive rock formation surrounding the caldera was actually from the lava over the past several centuries. 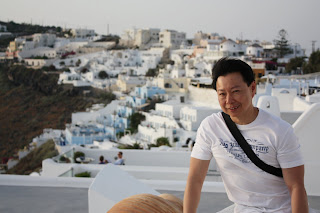 So after getting here from Athens, this island will be a respite for the next few days and hopefully a restful one. Tonight I rest! Tomorrow, I conquer Santorini!
Posted by Kid at heart at 10:33 PM