That's the only word to describe the Philippine government and most government workers in the banana republic. While it may not be pervasive only among government workers, government employees who are paid out of taxes from the people must set a better example of efficiency than those in the private sector. 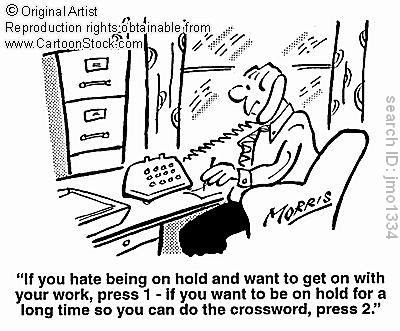 I was reading a front page article in the Philippine Daily Inquirer today, written by a Filipino who is now working for the London Financial Times as editor and who used to be with the PDI. Perhaps because of the nature of her work, she has articulated excellently her travails with getting an exit pass for all would-be OFWs (overseas foreign workers) at the POEA. Amusing and irritating at times, this was a plain mockery of the governmental bureaucracy and crap that Filipinos will have to contend with in their own motherland.

Inefficiency seems to be a trademark of our government. If there is one thing we are consistent with, it's inefficiency among government workers. They will need to find a reason or rhyme in order to be slowwwww. Really really slow. They will declare that there's a backlog of work (and then they take several coffee breaks or check on their text messages while working) or that the person signing the document isn't around - YET - (perhaps at the nearest Starbucks having machiatto with the pimp from last night) or that the agency's computer system is down or slow (and see them keep rebooting or turning the ancient computer systems on and off so that it can restart)...Yes, a million reasons to justify being inefficient. If you find a government agency that is efficient in this country, you will be mesmerized and possibly think that a miracle had just occurred or that you've been transported to never-never land!

Inefficiency does not come naturally to the lowest employee. The lowest form of animal - the lowly employee who probably is least paid and least minded in the echelon of all the work load - can only be inefficient if the upper management is inefficient. That means the boss is a bozo! The boss will depend on his or her employees to get all the menial work done. And if the boss is a lazy bum who prances into his office if and when he wants to and then skips the office if and when he wants to as well, you've got a bureaucracy that spells inefficiency.

I will not go to the sordid details of how this is exemplified in the government offices in this country. I think all my readers will have stories on their own sad experience. I share this thought with my readers because the president of the Philippines has made anti-corruption has his official battle cry when he was sworn into office.

Corruption is a systemic problem seen in every segment of society - whether it is a private corporation or a government agency. Corruption is deeply entangled in an intricate web that seems difficult to untangle. Corruption is borne out of inefficiency.

When it takes the police 1 hour to arrive at a crime scene, even if the crime is committed at a house that is a 5 minute walk from the police station is inefficiency. When it takes a government employee 3 hours to process something that should take 3 minutes because he's taking care of personal business, that is inefficiency. When it takes an ambulance 2 hours to transport a dying patient from the house to the hospital that is only 3 km away because of traffic on the road due to all the Maynilad diggings compounded by potholes on the poor-quality-asphalt-roads-after-the-rain streets of Metro Manila, that is inefficiency. When the "pulis patola" (traffic enforcer) is busy texting on the side street while the whole of Metro Manila is caught in a traffic jam or is busy chasing number coded cars while public utility vehicles load and unload in front of their very eyes in non-loading zones, that is inefficiency (if not downright infuriating).

Only then, can we move forward as a nation and a people - proud of our heritage with heads held up high. Otherwise, we will never see the light at the end of the tunnel if we remain apathetic to the vicious cycle of inefficiency and corruption. God help us!
Posted by Kid at heart at 8:46 AM