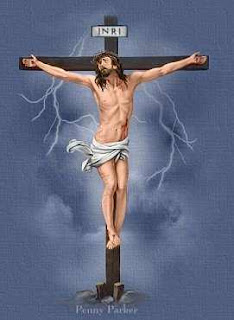 This is not about the political state in the Philippines.

Today I blog about my faith.

Have there been times in your life when your faith in your religion has actually come to a crossroad - and you've asked the proverbial question - WHY?

I have. Several times.

There are times when I am alone in the quite solitude of the Adoration Chapel or church asking for an answer from my best friend God, answers to my many whys.

They come during the most unexpected times, but yup, they do come. And it's during those trying times that makes you cling to your faith and on bended knees beg for answers.

For example, I always go to Sunday anticipated mass at our parish church. I've always wondered why there is a "Prayer for More Priests" right before the mass. I will be downright a hypocrite if I say that I take that prayer seriously. What runs through my mind when the crowd mumbles the prayer - WHY DON'T THEY JUST PRAY FOR BETTER PRIESTS? Why do we want to pray for more priests when a bunch of the priests I know can actually (and should actually) do better?

Some of the priests just mumble their way through the mass, even without a concrete preparation for the sermon right after the Gospel reading. There is even a priest in one of the churches I used to go to who I think should retire permanently. He doesn't make any sense at all during the sermons. Instead of bringing in more of the faithful to the fold of the Catholic faith, it is people like him who have served as the concierge pointing us to another religious route.

Then there are the multiple collections for various causes. I mean, can they not just get it from their coffers? Should there be separate collections for Haiti, or Africa, or Nigeria, or to the typhoon victims or for Pondong Pinoy? You can always reason that if you want to help go ahead and if not, just shut up. Sure! But there has to be some rationalization to the asking for alms on behalf of the charitable institutions. Are we asking for more priests so that they can go ahead and ask for more money or for them to actually spread the good news and become fishers of men?

Seriously, the other Christian movements seem to be doing a better job at renewing the lost faiths of the people. Their numbers are swelling and without a doubt, the conversion to Catholicism is wanting.

Then there's the prayer for H1N1 that's not only repetitive but seriously, why is it even in the prayer for the people? It's like getting the illness is an anathema to death. Why not pray for those afflicted with HIV or cancer or tuberculosis? No rhythm or rhyme. It just doesn't make sense to have a prayer for the faithful that is so repetitive, uninformative and a disservice to the public.

There are moments in our lives when we need God the most and seek refuge in Him. Because my faith is deeply rooted in His love and understanding, I try to stay focused in living my life to my very best each day.

But when you need your parish priest the most, have you ever had the chance to run to him and talk to him and have him listen to you?

I tried once upon a time...but he was too busy to make time for me. He refused to come down from his pedestal.

wow doc... I totally agree with this. I actually rant about that H1N1 prayer everytime I hear it too (to my parents, of course. I think they're already tired of hearing me about this haha). ^_^