The health of our nation 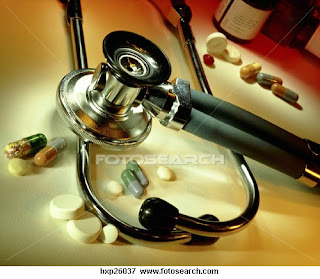 The latter is an investigative TV program of GMA network in Davao City. Dr. Obana is one of a handful of idealistic doctors in the Philippine government's "Doctors to the Barrio" program.

In the interview, Reporter John Paul Saniel showed how Doc Eman tried to divide a bottle of paracetamol among several kids or how he used one overly used thermometer for practically all patients, or how difficult it was in grabbing a banca (water boat) to see patients that were difficult to reach.

It was in Doc Eman that I flashbacks on my days as training officer for pediatrics of a government hospital (Ospital ng Maynila) and a private hospital (UST Hospital).

My years in training the residents in pediatrics was blood, sweat and tears. It was not the measly pay that the local government provided (P2,400/month and you were required 8 visits a months), or the fact that you had to wait 3 months to get paid (or 6 months on some occasions), or being castigated by some hot shot councilor because the patient's parents were complaining about why we were asking them to buy medicines (answer - because the hospital does not carry it stupid!)...

Yup. Those were the years when I shared my teaching skills with my residents and took the time, patience and sighhhh....even money. But it was hard for some government big time assholes to see the light at the end of the tunnel. To them, even the plight of health care in the Philippines was (and should I say - IS) just a show. The media frenzy is the their big turn on. These shit heads have crap on their shoulders. I hated them - not for their guts, but for their brainless behavior.

I once interviewed a prospective candidate applying for residency in pediatrics. I asked her why she wanted to pursue pediatric training, considering that she is a city health officer (in one of the big cities in Metro Manila) already. She said that the Lina Law on the devolution of the local government had made her mayor lose significant IQ points. In short, he turned from dumb to dumbest overnight. (He's a public official - it was a curse he was to inherit.) He told the local health officials that their pay would be scaled down because NO ONE can get a pay more than his pay! Sounds logical right? Wrong! It's stupid.

We are not mayors. We are doctors.

We cure people and we work more hours toiling to see patients get better.

In our professional practice, we do not steal.

I was appointed to head the pharmacy of the government hospital. On my first day on the job, I was told that there was going to be good news. I am being given P3M to purchase drugs for the 400 bed capacity hospital.

Then the bad news. I will need to spend that money for the purchase of drugs for the whole fiscal year. Watdfuk!?!?!

That same year, they repainted the whole hospital, changed the glass panes of the windows (which were still quite new), bought new air conditioners for some offices, painted lines in the parking slots, upgraded the medical directors office - all to the tune of P50M.

The following year, I resigned from my position in the Pharmacy and as residency training officer and as consultant in pediatrics. I needed to keep my sanity and did not want to die an angry man early in life because some asshole politician forgot to clean his sh*t! And I'm not going to clean it for him.

In the report of poor flung to the barrios doctor in Caraga, the reporter noted that Caraga Mayor Alice Mori had several stacks of government-issued medicine supplies in her possession. And nope, it was not located in the health center nor the municipalities. It was in her house. When interviewed, Mayor Mori claimed that the medicines in her house will be used for medical missions. (The election is near and it is time to hoard for political campaigns?) The mayor refused the reporter's request for video footage on the drugs because she said that it might be used as propaganda by the political opposition (well, I guess this is the opposition's opportunity to bash the mayor).

As reported by Carlos Isagani T. Zarate in the Daily Inquirer, "before the TV program on the interview of Doc Eman was over, the good doctor had already said a mouthful that not only described his frustrations but even aptly indicted the skewed priorities of the government's health program. Doc Eman is one of only two 'doctors to the barrios' assigned in far-flung areas of Southern Mindanao..." Doc Eman hails from a poor family in Cavite.

It's people like him that actually go back to basic grass roots of trying to pass goodness forward.

"Unfortunately, last Wednesday - before Mindanao Agenda was shown on local TV - Doc Eman was pulled out by the Department of Health from Caraga, Davao Oriental. He received death threats via text messages on his mobile phone two days after Saniel did an interview on him and Mayor Mori."

In a country so much in dire need not only of spiritual healing, even those who tend to the living bodies are not spared by the politics of desperation and greed. There is no remedy to this. Even in death...
Posted by Kid at heart at 7:48 AM