Hysteria and the mosquito 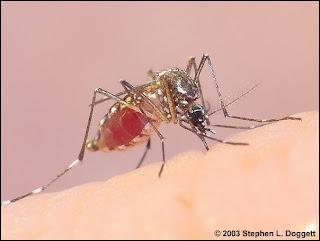 Hell hath no fury as the tiny Aedes aegypti mosquito.

If you read some of the major newspapers, especially those specializing in what I would call sensational journalism, it seems that the Philippines is headed for a major disaster caused by the mosquito that brings the Dengue Virus.

Over the last few weeks, I've been tired. Really really tired. I can puke at how many sick kids I see because the parents are all scared about Dengue. I'm not saying they shouldn't be. Even I am. There's no treatment for it. Once the patients begin to bleed, we just remain helpless and need to monitor the patients afflicted with it.

What I cannot stand is how much hysteria the media has created.

They have unnecessarily sent all the parents into panic mode. With so many kids being brought to the hospital for ONE DAY fever, everyone wants to have a CBC platelet done at the first sign of fever. Some of them even believe the Dengue NS1 test that's being hyped by Hi-Precision laboratory. This test is non-specific and not a sensitive one and should not be recommended at the first day of any febrile illness. I see parents with kids in tow, flashing blood test results on one hand and a bag in tow on the other hand because they're ready for admission to the hospital. Golly gee wow!!!

Where is all this hysteria coming from?

They say that their neighbor's kid died from dengue or that they read in the newspaper that it is already an epidemic or that some doctor friend had told them that they are lucky because he/she just had a patient that died. Crap!

There are more Filipino children dying each day because of hunger or even curable diseases like pneumonia than dengue. Why isn't that getting the much needed media attention? Because hunger does not sell! The Filipino is used to hunger! In the latest survey, more Filipinos have reported that they have suffered from more hunger in the last few months than they did last year! Because some child star does not get afflicted with hunger and will not die of hunger but of Dengue. The child star's story is what sells!

There is scant campaign on prevention. The news is filled with hysterical parents, hysterical news reporters, and hysterical anchor men who broadcast with so much emphasis that you would think he is at war with the mosquitoes. The misinformation does not help. People should be reminded on how to prevent dengue infection. The problem with us is that we are never proactive and always reactive when it comes to crisis management.

The truth of the matter is that since the 1950s when Halstead first identified the arbovirus dengue in the Philippines, we have always been endemic for this disease. In spite of modern times, we have failed to combat this virus because of lack of a political will. We have even been the major exporter of dengue virus to other countries with the larvae of the mosquito breeding in tires which are manufactured in the Philippines and exported to the United States and other countries.

Year in and year out, health officials have reminded the Filipinos that the rainy season brings with it a deadly viral infection transmitted by the mosquito. But we have remained lackadaisical in attitude and practice.

And the kind of news reporting in the country has only created hysteria and panic, with the mosquitoes laughing at how we're all in such a pathetic state.

When will we ever learn?
Posted by Kid at heart at 6:49 PM