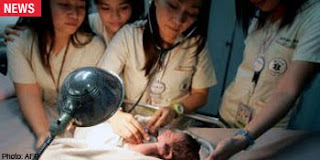 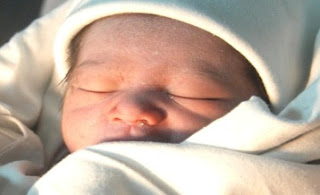 On a Gulf Air flight from Bahrain to Manila, Baby George Francis was found in a trash bin on the plane after he was delivered there by then an unidentified passenger, believed to be a Filipino citizen.

No one wants to be judgmental about the situation but on an overview, it serves as a mirror on the kind of hardship our OFWs go through with life in the Philippines and in seeking greener pastures in another land.

There have been several stories that have come out, including the version of the mother who claims she had been raped in Bahrain and who claims that it is a stigma that she would come home pregnant with child. Any excuse can be given by the mother of Baby George Francis. Science will always find a way to debunk her excuses like how can a primipara give birth spontaneously? What would have happened had she not given birth on the plane? How would she face her family? And so on and so forth.

Added to this was the recent spate of fetuses found in Quiapo Church. Or babies born with various congenital anomalies because the mother had attempted to abort the fetus during early pregnancy. Or even children being raised in abusive homes or being sold in exchange for bread to eat or being forced to work when they should be in school.

The church has condemned the immoral acts of abortion and has prepared a stand reminding people on the sins of abortion that it is tantamount to murder. Yet the glaring fact is that the response, like many responses in the country are reactive than proactive.

Seriously, the Catholic Church is lacking in its guidance to its flock. Sunday services are dire for a more passionate involvement of its flock to the message of the church. Even in our parish, what is more palpable are the various monetary collections for various projects and activities of the church. Some of the sermons do not serve tangible messages to the lives of the church goers. It is very Filipino to wait until events like these occur. And when media has gotten the attention of the church, it's the only time we see some action from the reaction.

This blog today is not a blame game.

I blog about being "unwanted" from the get go, as a reflection to my readers, who probably can help provide a more proactive stand on the matter.

Being unwanted or being unpopular can be devastating to the psychological upbringing and social interaction of an individual. Collectively, people who are unwanted feel a sense of hatred and anger not only towards the people who matter most to them, but to society in general. Studies have shown that people who are "unwanted" are permanently scarred throughout their growing up years and adult lives and majority of them live their lives trying to figure out who and why they even exist. Majority of them engage in risky behavior including drugs, sex, and criminal activities. About 60%, in one study, showed that people who have been unwanted most of their lives have some degree of mental problems which they need to embrace or eventually die from. Most of them do not, so to put it, have a "purpose driven life". Nothing in their lives provide meaning and they live in an escapist world.

While the government, society and the church have augmenting roles to play in our lives, there is a serious need to consider the personal consequences of actions such as these. Has life really been worth a dime a dozen? We need to have some order and consequences for actions like these. Agreeably, there is a need to understand why the mother of Baby George Francis did what she did. Clearly, she is not in the right state of mind. Her actions were based on selfish motives rather than facing the consequences of being a single parent. And her story is as pathetic as it is to be believed. It was not the baby's fault that he was conceived and whatever behavior the mother had gone through is no reason for making Baby George feel unwanted. Whatever reason is provided, it is as sordid as the telenovelas that are churned from our television set.

The irony is that many of us would prefer to find quick but senseless solutions than carry the cross.

Yet as long as we continue to tolerate and think that these individual decisions are personal and that we have no business at what they do with their lives, we go into a vicious cycle of creating a future generation that is unwanted. An unwanted generation has no remorse and is unforgiving to a society that has turned its back on them once upon a time.

Nothing wrong with ambition. We all need a goal otherwise, life has actually no purpose.

No one said that everything in life comes in a silver platter. Responsibility is the key to accomplishing our goals and dreams. And we need to take responsibility for our actions - face the music, so to put it. The key to success is perseverance and even if we do persevere, some of us may not get to the end of the rainbow. But getting half way there isn't too bad a journey considering that many of us started from nothing at all.

How many more unwanted children will need to sacrifice because parents were not responsible enough to face the consequences of their actions? It is frightening to see a new generation of people who have no empathy or remorse because we mold them into what they will become tomorrow by making them feel unwanted, today.

[Note: The pictures posted were from ABSCBN.com and Reuters. Someone wrote to me to tell me they are his pictures and requested they be removed. For whatever reason, I am replacing the original post and posting one that was provided as public access.]
Posted by Kid at heart at 10:33 AM

Hi there,
Just a quick note, I'm the copyright owner of the image in this post: http://heavenpurgatoryandhell.blogspot.com/2009/10/only-once.html

And please request that the photo be removed. Just trying to keep my images from circulating on the net too much.

thank you for this email. just to let you know, the picture was obtained from the site of a newspaper online. which is public information. i am acknowledging you by publishing your comment as well. perhaps it would be a good idea to ask all the newspapers that have published these pictures to remove them from the net? your name was not acknowledged in the site.

Hi there, could you please let me know what newspaper and where the image was published?
Cheers,
Camus