Number coding in the Philippines 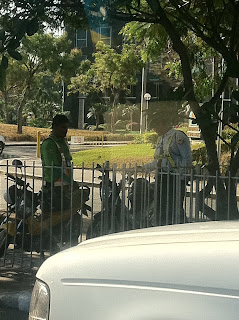 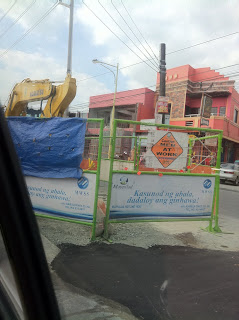 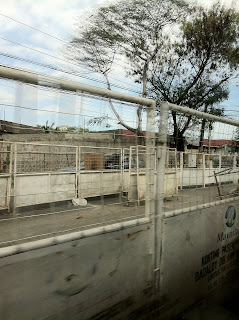 I have always been a stern believer that only stupid people can come up with stupid ideas.

And it takes a multitude of indescribably inept nincompoops mired in corruption to come to agree.

The number coding scheme is one such stupid idea.

In 1995, then Metro Manila Development Authority chair Prospero Oreta signed MMDA Regulation No. 95-001 which aimed to reduce the volume of vehicles in Metro Manila. The idea here was to reduce traffic by reducing the number of vehicles plying the metropolis. The original program, which began December 1, 1995 prohibited vehicles with plate numbers ending in ODD numbers from plying major thoroughfares on Mondays, Wednesdays and Fridays and cars whose plate numbers ended in EVEN numbers on Tuesdays, Thursdays and Saturdays during the rush hours - 7:00-9:00 AM and 5:00-7:00 PM. There were a few exemptions then (ambulances, government vehicles, registered school buses, diplomatic vehicles), including cars that carried two or more passengers. The latter was done to encourage car pooling.

For public utility vehicles, the original plan was to make them color their roofs with a particular color so that it is easily recognized when they should or should not be seen on the road. Hence, it was also called the color coding scheme.

While the strategy may have worked to probably some degree at reducing the number of vehicles on the road, the original idea was more practical and did not usurp on the rights of the citizen who owns a car.

Over the years, the original plan of the MMDA was rewritten by idiots who replaced Mr. Oreta.

Today, this has had its own version called the Unified Vehicular Volume Reduction Program. And the original scheme has been replaced by so many versions. There are some cities in the metropolis that adapt this scheme, while others don't. On the other hand, EDSA alone carries with it the number coding scheme for a particular window hour, which means that from 9 AM - 3 PM, cars with plate numbers that are banned on those days can use EDSA. But this can be tricky because if you're "number coded" that day and would like to travel from say Paranaque to Makati and will traverse EDSA at 1 PM but will have to hit Makati, well well well, welcome to the City of the Binays. In Makati, there is no such thing as an exemption to the rule!

The number coding is confined to Metro Manila alone. Which means that if your car's plate number ends in 1 & 2 you cannot use the roads from 7AM to 7PM on Mondays; 3 & 4 on Tuesdays; 5 & 6 on Wednesdays; 7 & 8 on Thursdays; 9 & 0 on Fridays. This tyrannical idea had evolved from what was once a more justifiable concept that the vehicle reduction program be confined only to rush hours to a stupid, inane, idiotic, brainless, machiavellian, ridiculous, mind-boggling, corruption-tainted program which government officials insist on carrying on. From one idiotic MMDA chair to the next!

What I do not get is why the private sector (and now the public) has to suffer continuously at this medieval attitude of implementing a rule that has no factual basis at all. The MMDA screams that a study done by the University of the Philippines has shown that there are too many private cars clogging the metropolis. So does that mean that we have to reduce the number of vehicles drastically to the point where even the tax payer is deprived of use of his own vehicle because a study says so? Perhaps we should just go ahead and say that everyone from the University of the Philippines should not own a car. Period. That way we would have reduced the number of cars on the road as well, since the study came from their end.

So it results in having to buy an extra car or not use your car and take a public vehicle for the day you're number coded. Unfortunately, we're not all PNoys who can afford to buy a Porsche as a hobby car. We save our hard earned cash for the extra cost of gasoline which we need to shoulder. We need to take the unreliable public transportation system because we are number coded for the day. We resort to swapping plate numbers of cars so that we can use our car on the days we are number coded. We put fake MD signs on the plates of cars so that we are exempted from the number coding scheme. We bribe the traffic enforcer P100 so that we can get away with having to get harassed over using our cars during the number coding days.

Metro Manila is not the only place in the world that has traffic woes. Even in Los Angeles or Bangkok or HongKong or Tokyo or Paris, rush hour is horrendous. But they don't ban cars from the roads like we do. It's a given right of every citizen to make use of his or her vehicle, paid for from pure blood, sweat and tears. Bought with taxes which we remitted to the government and which the government has already claimed and put to use - either for their own purposes or for the public.

What one has failed to see is the larger scale of where the traffic is coming from.

The number coding scheme has been revised into oblivion. It has been the mulcting grounds for lowly traffic enforcers who don't do anything on the streets of the metropolis but look at the plate numbers of the cars on the road. Never mind the public utility vehicles that violate so many regulations on the road in front of their very eyes! Their obsession with catching private vehicles that do not adhere to the number coding scheme has been the source of traffic congestion on the streets of Metro Manila. Never mind if anarchy on the road rules. As long as they're able to make a quick buck, these vultures dressed in various shades of uniform colors (depending on the city they work at) are up and about during regular work days. You can see that when there is a directive from the MMDA that they are suspending the number coding for a particular day, these traffic enforcers are nowhere to be seen!

Worst of all, when the traffic is all in a snarl, and you look for a traffic enforcer, he's busy chit chatting with the security guard or some other colleague or texting on his mobile phone. Sanamagan this country!

There's also the poor coordination between those that plan to fix the road or water pipes or whatever they want to fix and the local government. One day you see that traffic is flowing smoothly, the next day you wake up to your worst nightmare because some gopher called Maynilad decided to dig the streets overnight and you're in for the surprise of your life the following day! No notice from the local government official. "Surprise surprise!!! You'll be so late today because you got caught in our surprise!!" Or that the garbage trucks are out at 7AM together with all the cars during rush hour, stopping to pick up garbage at every nook and alley of the squatters area in broad daylight. Why in God's name can they not do that between 10PM - 12midnight?!?!?!?!?

We need to review this number coding scheme and just scrap it in the meantime.

It is a disservice to the Filipino people to continue a program that is mindless and baseless, considering that the real contributors to the ever worsening traffic scenario in the country are actually violators of laws and regulations - public utility vehicles that load and unload where and when they want, people who do not use pedestrian lanes and cross when and where they want, illegal parking or parking on the major thoroughfares because they want to park there.

I bet I can do a better job at managing the traffic conditions in the Metropolis without resorting to the number coding scheme. But in the Philippines, there are just too many supporting actors who want to win the best actor trophy. These are the metro manila Mayors who are most likely mired in just as much graft and corruption that they wouldn't want to lift a finger to help alleviate the traffic conditions in Metro Manila.

The only way to put order in chaos is to scrap a very bad idea and review the process. All stakeholders must be well represented during the committee reviews when they implement new policies. That's the way a true democracy works. And if PNoy is really bent on curbing graft and corruption, he must start at this level where the lowly traffic enforcers are the clearest examples of corruption among our lowest animal kingdom.

[All pictures were taken from my iPhone during a really bad traffic along Alabang Zapote Road]
Posted by Kid at heart at 10:14 AM

It's good to know that that the city of Manila is implementing a number coding on the vehicle that is being use by people to ride on.