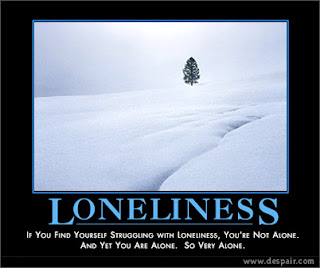 I have an uncle who has advanced prostatic cancer.

Initially, he was in denial, but a few months ago, he accepted his fate. A tad too late, though.

Some of us in the family have chipped in for his medications for palliative relief from the pain and the infections that have come and gone.

In the meantime, his condition continues to deteriorate.

Last Saturday night, I received a call from my resident informing me that he was in the ER. He was conducted by ambulance. He had passed the house of his brother to ask him to accompany him. My other uncle declined. So my uncle ended up in the ER alone. My resident had called me to ask me if I was willing to sign consent for procedures and other responsibilities for him. I told her that my relatives should be contacted for this as I am his nephew and not the primary person responsible for his welfare. Understanding the legalities and ethics of medical practice, my remaining unreliable relatives might end up suing me for taking care of him.

The remaining living relatives residing in the Philippines had actually abandoned all care for my uncle. It was not a matter of caring for him in his time of need. It was about financial matters. (I will not delve on the complicated issue and story of the life of my relatives. That is not worthy of this blog.)

The following day, I went to the hospital to check on him.

It was sad that he was sitting in a hospital bed all alone. When I saw him, I was drawn by so much pity. He was very ill and all alone. I asked my resident Osang to accompany me to him. I was touched by the fact that the clerks, interns, and Medical Residents at UST had taken the time out to buy him food and lend him their mobile phones so that he could contact his siblings. But they all did not want to come. And I had to break the news to him. No one was coming. Then he became teary-eyed and held my hand.

This was the scene I wanted to avoid.

I could not imagine how flesh and blood could abandon someone who is dying.

It was not about the finances. That was the easier part. Parting with hard earned money was something that could easily be replaced. But the emotional support to someone who is your brother at a time when he would need all this family support seemed to have broken down completely. While my other relatives may have financial difficulties at this time, the responsibility of caring for him emotionally was theirs. Providing consent to procedures was theirs as well. It blew my mind that one of my uncles had called me that morning to ask me to just go there and see what he needed and settle everything. Their excuse was that they didn't have the time.

After settling all the accounts at the hospital and giving him money to buy medicines and some other things he may need, he could be sent home.

I blog about this because a part of me died that day.

It pained me to see that even family had little meaning when it came to financial challenges like these. We can always prepare for a life of luxury, but when an illness strikes us, where is our family? How can we be so selfish?

That Sunday morning, I wondered where my uncle drew the strength to continue his battle with cancer in spite of how his brothers treated him.

That Sunday morning, I found the real definition to the term ALONE.

I pray that everyone who leads a life like my uncle, will somehow draw strength from the others like my clerks, intern, nurses, and residents...who took the time to care.

Strangely, it is the nameless people in the crowd who cared more than those who you lived your whole life with.

Being alone is the worst kind of exit we have in this life. Being alone, means losing meaning to everything we lived for. It is the ultimate taste of hell while still being alive.
Posted by Kid at heart at 8:53 PM