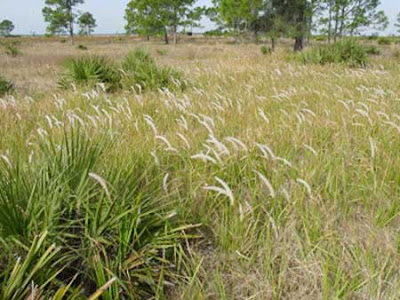 Cogon grass is a tall, thin green grass that grows in large fields. Because it is reed thin, it easily catches fire, and is put out quickly as well.

The term ningas cogon is part of Philippine culture. They say that is part of our heritage. After showing fervent desire in one topic, just like the cogon grass, they lose interest in it as rapidly. Some people say that the Filipinos are a "forgiving" people. I don't agree. They are masochists. After people inflict pain on them they easily forget. I don't know where this attitude emanates from, but seriously, it's one that's not helpful to the nation and to its people.

The Marcos dynasty is a perfect example of how easily the Pinoys forget (and forgive?). In every municipality and barangay in this country of 7101 islands, you will find a political dynasty created mainly by the rich, the powerful and those who run for office because they have an ulterior motive - not to serve their constituents, but to enrich themselves.

And so we have lived through a century of various political dynasties. As the Pinoys would call it - "weather weather lang". Every election year, politicians go up the campaign platforms to trump their reminders on the power they possess and their never ending promise to address the woes of the Filipino people, fix the school buildings, roads and bridges, crime and corruption and bring justice home. After every election, these promises are swept under the rug, and the next three to six years end up with empty promises and Juan de la Cruz with an empty stomach.

The recent events on the impeachment of the Chief Justice of the Supreme Court sends an important message to corrupt government officials. The trial of the decade should not be merely for show. Mr. Corona, had left an open challenge to everyone in public office. Show your legitimate statements of assets, liabilities and net worth (otherwise called SALN). Before and during the trial, many politicians had said they were willing to show what they have - hidden wealth and all! But after the impeachment, sanamagan...these idiots led by the lead idiotic prosecutor Neil Tupas has recanted! Now they justify that it's not they that were on trial and that there was no need to prove anything. This line of reasoning is the kind of reasoning why Miriam Defensor-Santiago gets a standing ovation even during her lucid moments - after all, she's got a point!! God strike everyone dead in the senate impeachment court if they don't show their SALN!!!!!!

Some say that the average Juan has become more politically mature with this impeachment process.

I disagree. We are a million miles away from political maturity. It is when we have dismantled the dynasties and other leaders are chosen based on quality and not friendship, do we learn the art of true governance FOR THE FILIPINO people.

In the meantime, with some of our politicians acting ningas cogon, there is no cause for celebrating the impeachment of the chief justice.

In the meantime, the SALN is not statement of assets, liabilities and net worth. To the politician or government official SALN means SEKRETO ANG LAMAN NITO!

it has always been a struggle between classes in our society. the elite betraying the lower classes. who would lead the Filipinos? where would reforms come from? from the lower? middle? or upper class? there are 90 million of us. don't we have leaders like Lee Kwan Yew? or Mahathir or an upright royalty like King Bhumibol who would galvanize the society and ultimately, our nation towards political, economic and moral freedom?