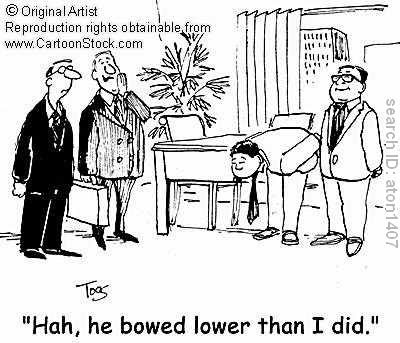 A friend of mine once told me that "good manners and right conduct is not learned in school. It's learned at home."

I blog about an old but important topic - basic etiquette - so that the concerned parties can share Etiquette 101 with their kids (and probably themselves as well). Basic etiquette seems to be a distant knowledge among the average Pinoy in the Philippines. Put them in LaLa Land and they impressively obey rules, regulations, and yes, even basic etiquette!

The following are simple basic guidelines. I hope you share it with the ignoramus around the corner.

School's out! And the gym is now occupied by these teeny bopper gym rats who don't seem to know how to use the gym properly.

Basic rules:
1. Put back the weights after you use them. There are other members in the gym. They are not your maids and you must be considerate that after you've used them, you put them back in their proper place. Cleaning up your mess is also not within the job description of the gym attendant or gym instructor. There's a basic saying "if you can't put them back later, don't lift them."

2. Don't hover over the gym equipment. A lot of young people like to work out in groups. I have nothing against these groupies, except that they end up chit chatting in the work out area, especially around a gym equipment. If you need to chit chat, do it somewhere else. Which goes to the point of putting your mobile phones off as well. I really don't mind occasional text and short calls, but really, some people feel that the gym is like the extension of their offices! It's really infuriating when they take the calls, and sit on the bench press seat for like the next 30 minutes and you're left waiting for your turn. Which also means that you're not suppose to hover around the water station as if to it the whole 5 gallons of water was yours. And please get rid of your used cups after! If you need a maid to do all these, please bring your mom or dad along so they can be your slaves.

3. Don't stare! It's not nice to stare. Whether you stare in the gym at someone who oddly looks like a bowling ball or stare at body beautiful, it's malicious to stare.


IN THE ELEVATOR AND THROUGH THE DOOR


As a cardinal rule, you always make the person who is inside a building, a lift, an office, a unit or wherever go OUT first before you go IN!

When I take the elevator going to my clinic, I get so stressed with so many stupid people who don't know how to take a lift.

1. Read the signs. There are some lifts that only to to certain floors. Don't fight with the control button on the right panel when you're pressing the floor and the lift replies to you "Sorry the floor you selected is a restricted floor", which means that it's not going to go to the floor you're going to because it doesn't service that floor. Read before you leap into a lift!

2. Always let people out of the lift before you jump into one. The lift isn't going to go away or disappear in front of your very eyes. I'm embarrassed at how some people push their way into the elevator once the door opens, without allowing the the people to get out of the elevator first. Some people are born stupid.

3. If you're bringing a baby stroller with your baby whom you happen to be carrying, please have the courtesy of folding the carriage. It's also important to remember that there's limited space inside the elevator. Which means - please be considerate. At the hospital, seriously ill and disabled patients have first priority. I hate it when the elevator door opens and there's someone on a wheelchair about to go in and you see some people charging into the elevator, pushing the guy in the wheelchair.

The other day I saw someone who was carrying her baby in one arm, and two (yes two) maids who shoved an old man aside so that they can take the lift all together! The maids should take the stairs next time. Since we ban med reps from taking the elevators at the hospital, I think we should do the same to the yayas, maids, drivers, janitors, body guards, aide-de-camps, as well. After all, the latter have no primary function and are, so to speak, space occupying lesions only.

1. Smoke only in the non-smoking areas. Then again, public areas with enclosed spaces should not have smoking areas. As a courtesy to those who don't want to get lung cancer, please smoke outside of the eating premises.

2. Don't be rowdy. It's alright to talk and have fun. There are places and restaurants built for that kind of mood. But a restaurant should be a place where one can appreciate the food and the ambience. If you plan to have a shouting match, then go and eat at the fastfood areas. Better yet, there are karoake bars that serve food. Try to tone done your voices.

3. Don't bring the strollers of the kids inside the restaurant. Please leave it outside! Be considerate with the other people who want to get a seat in a cramped place already. Everyone wants to enjoy a meal, so please leave the space ship outside.

4. It's not nice to bring food bought outside inside a restaurant you're dining at. Which is so true especially if you have bratty kids that refuse to eat salad or sushi and you go out and buy them their staple Jollibee or lug around your Starbucks frappe in a restaurant that offers frappes as well. If you don't like their frappe, you don't need to go on a picnic by lugging in your "favorite things". This is not the Sound of Music.

5. Don't put your feet up on the chair especially if you're wearing slippers. This is not your house!


1. Turn off those cellphones! The lights are bothersome to other people as well. If you intend to chat, do it outside.

2. Don't put your feet up on other people's chairs. They are not your foot stools.

3. Don't eat louder than the noise the movie makes.

4. Don't talk and tell the whole story of the movie (if you've seen it already) or provide a review (you can just blog about it) and puhleez don't have a lover's quarrel in the movie house. It's distracting. Of course, that goes without saying, you don't have to have public display of affection in the movie house. If you intend to do the latter - get a room!

I'm sure my readers will find more etiquette manners which the Pinoys should learn. Share them with me and I'll blog about it!

In the meantime, this serves as my prologue to the next blog where I bash a member of the country club I go to.

Some people just don't have breeding, even if they've got the cash. As I've said, you can always take the boy out of the country, but you can't take the country out of the boy.
Posted by Kid at heart at 9:08 PM

i totally agree on you with the elevator thing

wat u think? or is it just me?

You're right on this. I can't stand the people ranting about their problems inside the elevator. It's like they need to let the world know about it. Hahaha!!!

Please add: Cover your mouth when you cough.