The lessons learned from a disaster: Japan earthquake 2011 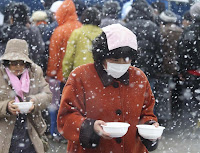 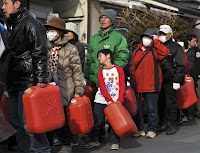 Japan lies in an area around 4 tectonic plates. Hence, it is one of the most dangerous places to live on earth, in terms of being prone to earthquakes. Surrounding Japan is the vast Pacific Ocean. Because of the topography of Japan and the unpredictable nature of calamities, disaster preparedness is unrivaled in this country. As a nation, the Japanese have learned many lessons from it's previous skirmishes with nature. Aside from earthquakes and tsunamis, its southern section is often battered by storms during the monsoon season.

Yet no matter how prepared we are, nature finds its way to being unpredictably ferocious and ghastly. it can reel an ugly head and it was a beautiful cool spring afternoon when the magnitude 9.0 earthquake hit the northeastern part of Japan on March 11, 2011. The aftershocks came a few minutes apart. While the houses and buildings in Japan were built to withstand frequent tremors, it was not prepared for a deadly aftermath. After a few minutes of silence, an angry wall of sea resulting from the earthquake had rocked the seabed. Moving at great speed, it had wiped out the city of Sendai. What survivors were able to capture on video and shown in various news stations was frightening as wave upon wave of water swallowed life in all forms, and pummeled a town to oblivion.

And as if the wrath of nature had just devastated a whole prefecture, the man-built nuclear reactors in Fukushima prefect had given in. In 24 hours, reactor 1 had blown up and a meltdown was inevitable. To this writing, several reactors in the Daiichi plant were still not contained. As the Japanese government scrambled to fix the nuclear crisis, it was inevitable that this daunting problem would be their most challenging since World War II.

People scrambled to get out of Japan while many sent aid to Japan as well.

What is most astonishing is the resolve of the Japanese people, their extraordinary courage and discipline during this time of crisis.

As kibitzers we simply watched the news on how the Japanese braved the cold, the hunger and the pain of loss. There was no howling or hysteria. There was no looting. In the various aid centers that housed the displaced people, you could see a sense of pride in the way they queued for food and water, in their sharing of clothing and shelter among each other, in the way they were handling the crisis and in their resolve to build again from the rubbles.

The Fukushima 50 story of 50 people who work in the Daiichi Nuclear Power Plant who volunteered to risk their lives so that many will be saved was a story of unprecedented heroism. They knew that in spite of the health risks to them, they said their last goodbyes to their families and loved ones and gallantly braved the odds to save a nation and its people.

And then it snowed during the rescues and recoveries and the death toll became insurmountable. Yet they braved the wrath of nature to save lives overcoming these odds.

While some country heads and kibitzers in media express global concern over another nuclear reactor meltdown and how it would affect neighboring countries, the Japanese are being faulted for not asking for more help and not being "truthful" about the situation with respect to the nuclear reactors in Japan.

I have been to Japan several times because our head office is located there. Each of these trips are filled with good memories. The people are kind, warm and respectful. In spite of the fact that they have the most advanced technology in Asia, if not in the world, their people are deeply rooted in a culture of respect and tradition.

I blog about this today as I condole with the Japanese people during this time of crisis. I salute them and bow to them for the kind of discipline and indefatigable love of country and people. No country in the world has seen this kind of determination to rebuild from the rubble without having to resort to having to take advantage of those who had less. I envied them while I watched in horror at the scenario and awe at how they resolved to overcome the adversities of war, nature calamities, economic recession and life in general.

Random thoughts occurred to me while writing this blog. In spite of the tremendous advancements in technology and science and the internet and hi-fi sci-fi gadgets technological companies have created, we have never unraveled the mystery on how to detect an oncoming earthquake or prevent nature's unpredictable behavior and its aftermaths.

I guess nature is so much like the science of medicine. We will never have answers to finding a cure for AIDS, for cancer, for long life, for regeneration of youth and other mysteries that have never been unraveled in spite of the advances we have made.

There are some questions that do not have answers...yet.

Transfiguration in the Catholic religion is not just a story of Jesus Christ, "it is about hope rising, courage emerging and love lifting us up."

Because the Japanese have found life's mission and purpose, they will overcome all odds.

We can learn a few lessons from this noble race.

There are moving photo essays from this website. I highly recommend it to all.
http://photos.nola.com]
Posted by Kid at heart at 3:33 PM