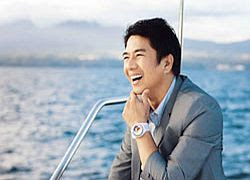 In Tagalog, it means stupid.

I have been reading the various articles regarding the last escapade Willie Revillame has had with respect to his game show.

The most recent incident involved a 6 year old boy named Jan Jan whom Willie R had apparently plucked out of the audience. For P10,000 (about $230), Jan Jan was asked to dance. While the boy was dancing, Willie was reportedly laughing like a lunatic and making uncouth comments about the boy not smiling while being asked to gyrate like a macho dancer. And the comment was that the boy was not even smiling (Have you ever been to a gay bar and watched a macho dancer dance? Well if you haven't, I have and I have never seen them smile. But if you put money in their underwear they will thank you for it. Even if you palpated their genitals, they will allow you to touch their private parts. They will not complain because it's all about the money.)

This episode of his game show had drawn flak from various sectors of society. Well, specifically, the well-off. Those who had commented on this apparent abuse were, sad to say, mostly (if not all) from the middle and upper class.

Time and again, I have blogged about Willie R. Let me get it straight to my readers. I AM NOT A FAN!

I occasionally watch the tirades of Willie R and when I do get the chance, his show, in order to provide a critique.

I will not defend Willie R in this blog.

All I can say is we get what we dish out.

Let me be frank. Willie has the money to give. Lots and lots of it. But like all the local game shows and their hosts, what they give out in cash or prizes are at the expense of the audience. Those lacking not only in brains, but also in cash. Those of us who denounce these practices are simply kibitzers of the ongoing saga of the local media making "bobos" out the the Filipino people.

Let's face it. It's not only the game shows that are apparently a reflection of the dire attitude of the Pinoy viewer. It's also these inane and mundane telenovelas that seem to have a following. From Machete to Captain Barbel to Darna to Mara Clara to even the Korean telenovelas where the lines are dubbed in Tagalog. And the Pinoy viewer will always have a penchant for the slapping, the killing, the abuse, the fantasies and the inuendos that actually come out of the boob tube. We only have the media to blame for this. After all, as I always say - there is no greater fool than the fooled by a fool.

Bakya! Jologs! Whatever name you give it, local showbiz will always have a way of making the average Pinoy viewer a pathetic empathizer and follower of what is characteristically a no-brainer.

I had asked my driver the scenario that happened on Willie's show. If I gave your son P10,000 to gyrate on television, would you? And I was not surprised at the response. It was, after all big money. He added, after all, it was only a gag and even if people made fun of it, it was a once in a lifetime. My driver wasn't complaining. Neither were the parents of Jan Jan.

So why are we making a big issue out of it?

The news from the grapevine is that the first report of this "dastardly" act of Willie R was from a reporter for the Philippine Daily Inquirer. Another media person. The PDI is closely (read closely) affiliated with GMA 7. According to my source, none of the complainants actually had a clue of what went on in the show. Not until the reporter had the commentary published in the PDI. The drove all the techies and bleeding hearts into a "Kill WIllie" frenzy. As we all know by now, both GMA 7 and ABS-CBN had been having a run for their news ratings since the show of WIllie on TV5 had barged into the same time slot as theirs. Report is that the current share of the ratings is now equal. So this puts both channels 7 and 2 in a precarious spot wherein they need the advertisers, but the latter have been trekking to the show of Willie R. What better way to destroy the show of Willie than to find a story?

So we want to destroy Willie R. What better way than to:

1. Not watch his shows
2. Not buy his records (God the guy can't even sing but he's the best selling artist, outselling Martin Nievera, Gary Valenciano, Sharon Cuneta and Christian Bautista combined).
3. Not buy Bench items (He has a perfume to his name. It's also the best seller)
4. Not purchase anything he endorses. (From Happee toothpaste to Camella homes)
5. Not buy tickets to his concerts.
6. Ask the advertisers to pull out of his shows.
7. Boycott TV5
8. Not cater to anything that Manny Pangilinan owns or runs (which i doubt can happen because he practically runs all the utilities and roads and properties and major hospitals in the country).


But I doubt if we will do most of the suggestions I provided above.

Truth of the matter, however, is that it's the lower class that happen to be his rabid followers. No matter what we do, no matter how much stones we cast on him, he will outwit and outlast all of the kibitzers and complainants. He has the money and in fact is the top 5 taxpayers in the Philippines. He pays his taxes on time and correctly. Something I doubt, even these do good die hard detractors do. In short, with the over P15M that he has paid in taxes last year, he has contributed - again - to the poor and the projects of the Philippine government. Much more than what his detractors have.

What Revillame does in order to earn money, whether right or wrong, is for the people the judge. And like other local actors and actresses that have a rabid following in spite of the wrong that they do at the expense of other people, he is not alone in this endeavor. Kris Aquino has the penchant for maligning a contestant on her various game shows. Edu Manzano will make someone dance like a chicken so that the idiot has shot at fame for a few seconds. Vic Sotto will belittle the capacity of a studio contestant in a game show if the guy can't even get a simple question answerable by a grade 1 student correctly. Vice Ganda will make a fool out of a dance contestant by mocking him or her as if he was still running a comedy bar. Or how wrong it is to be followers of TV personalities who endorse medicines, herbal supplements, and even the wrong kind of food or drink!

And the weird fact here is that we're so worried about the 6 year old who was thrust into a few seconds of fame and money and controversy, when his family were even encouraging, nay, ecstatic over the boy dancing like his future job! Whether these TV personalities bully a young lad like this or an adult who is mentally challenged is no reason to allow the ridicule based on the age of a person.

If Revillame rolled over and died today, I would have no remorse. But the millions and millions of followers would probably make Cory Aquino's wake and burial look like peanuts.

As long as local media operates the way it does by making our televiewers more "bobo", there is nothing we can doing for now. This, my friends, is the sad, pathetic world of local showbiz.

And in the world of showbiz, a controversy will always make a star!

By creating this buzz about Willie R, we have simply added a notch for him in his claim to fame. He will apologize (as he always had) and survive this. And we were taken for a ride. We have made him more popular now and the rabid fans will always be at his side, to the rescue.

We just need to stop making this fool famous.
Posted by Kid at heart at 8:13 PM