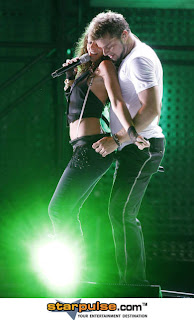 I don't know what the hoopla was all about with Ricky Martin finally deciding to announce to the world that he is "a fortunate homosexual man".

Ricky Martin, for those that do not know him, is the sexy singer of the hit "La Vida Loca" and "She Bangs".

And Ricky Martin would be the most famous among the male singers "Menudo" would ever churn out.

Menudo was so popular that they performed in various worldwide concert tours and endorsed several commercials including Pepsi, McDonalds, and Scope mouthwash, to name a few. 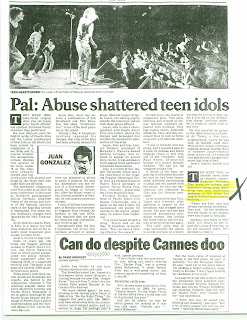 After many hit songs, albums, and internal conflicts, drug charges legal issues on exploitation of minors with Menudo, Martin left the group sometime in 1989. 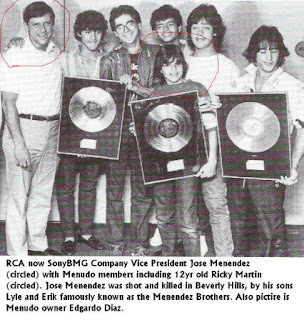 Over the years that Martin blossomed (to choose the right words) was the never ending rumor that he loved men more than women. What the women wooed and screamed at during his hip hugging, crotch-grinding concerts, was what the gay men also longed for. And the adulation of the women who literally threw themselves at his pelvic cavity seemed to create more problems in Martin's search for his true sexual identity.

There is nothing to be ashamed of in being gay.

Ironically, there are a lot of men that still live behind the cloak of a having to preserve a "male" image. Men who want to be in constant company with other men but are not willing to divulge their sexual orientation.

Now there is the shame. These are the "pretenders". These are those who cannot come to terms with his or her own sexuality.

Admittedly, one is never born "gay". The orientation to "realization" takes quite some time.

Believe me when I say that it is not easy to admit being gay.

It is an internal battle in oneself. It is not so much the teasing or cajoling of your friends, peers and next of kin. It is who you look at in the mirror every day that makes it difficult to come to terms with oneself. How will your parents accept you? What would your friends say? Whom did you let down? Yourself? Others?

Coming out of the "closet" is a "risk" gay people take. It's not a statement someone outrightly makes. It's not a phase and neither is it a fad. One needs to weigh the risks of coming out, his or her position in society and how people will accept him or her.

I used the word "accept".

Society will always be tolerant of gay people - their sexual preferences and orientation. To each his own, some will say. But bigots will always frown upon a gay relationship.

Even among my friends and family who will read this blog, it's a DON'T ASK, DON'T TELL attitude. How many of you would accept without reservation their son or daughter coming "out" of the closet?

I know many friends who have come out and have regretted it because they were ostracized or ridiculed. Families and friends will always look the other way, hoping that change will happen.

I am not saying it is one's right to be gay.

But it is one's right to be happy and to be a productive citizen in society.

Acceptance will never come easy because religion will always play a role in influencing people's mind.

And we need to let go, in order to make gay men and women live lives that are not judged by society based on what they think are norms for all.

In Ricky Martin's words, "Today is my day, this is my time, and this is my moment."

Coming out is the liberation from hate, pain and conflict in oneself. Each of us share the basic right to be happy. To have this moment. To live life, loving ourselves first.
Posted by Kid at heart at 1:59 PM