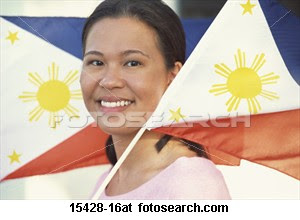 One of my favorite columnists Conrado de Quiros had a very interesting column today in the Philippine Daily Inquirer.

The topic is titled Black and White.

"Jojo Binay came out last week painting it black. That was after the local Food and Drug Administration banned a shipment of skin whiteners from China containing high levels of mercury and steroids. Binay applauded the move but demanded to know why we needed skin whitening products at all, whether they contained safe amounts of chemicals or not. 'We are brown and should be proud of it'."

The other week I had a mother at my clinic asking me if it was alright for her 12 year old daughter to start on these skin whitening preparations. I retorted that there is no scientific evidence to this claim. As a matter of fact, glutathione is approved in Europe as an adjunct to the treatment of Parkinson's disease. It's side effect - it whitens the skin!

This mother went on rambling that her daughter was a fish out of water. She loved to swim! But she is dark colored. Then chastised her daughter by saying in front of me that the color did not look good on her. I felt like slapping her, because the girl was almost ashamed of her mom berating her in front of me. Dang this mother! Of course, I gave her a piece of my mind, which probably did not sound too well with her.

I told her that the natural color of our body is the color of our butt. That's the only one that's really not exposed to sun. And so what was so wrong with being brown? I've always wanted that darker hue, but my genetic make-up will not permit. I only burn when I attempt to get a tan. Boohoo!!!

But the commercialization of endorsers has actually made every Tomas, Ricardo and Haribon want to become 'white'! Even a gay boy has come out in an ad splattered all over the billboards, on the glutathione effect. My maids buy papaya whitening soap and insist that only Belo touches their skin. Never mind if they don't have money for food, as long as their skin is as white as Juday's! Dang!

What sells is that these endorsers seem to be making a killing at the financial gains, but the consumer is the ultimate dud who buys these stuff, even if there are no approved therapeutic claims.

And you can say the same about almost every product in the market - children who are fat (and at times obscenely obese) advertising hotdogs, multivitamins that will make you taller (even if your parents are Mura and Mahal), a Fit and Right drink that contains 70 calories per bottle but supposedly should make you get abs, or herbal preparations that will make you piss all those toxic waste or suddenly you can walk again, or even soft drinks that can make you happy just by opening the can!

de Quiros goes on saying that "No wonder we are the laughing stock of Asia. It's not just that we cannot keep up with our neighbors' prosperity, it's that we cannot crawl out of our caves. Hollywood of course has much to do with it. But even as Hollywood is slowly getting out of it, as indeed the US itself which voted its first black president a couple of years ago, we are not. While Hollywood is toasting the stars of "Slumdog Millionaire" and the Chinese actors and actresses of Ang Lee and Zhang Ziyou, we still think that being born to a mixed marriage, specifically with one of the parents being white, is a natural entitlement to becoming a star of the Philippine movies."

Those Fil-Ams or children from mixed caucasian marriages seem to be at an advantage when it comes to on screen appearance, but that's being superficial. Many of them get opportunities at local TV breaks, but stars like Charice Pempengco and Arnel Pineda are making a name for themselves in more competitive territories, while these lackies are trying their luck at the local channels.

We keep complaining about being discriminated against in other countries on the basis of color and height, openly or subtly depending on the country, and yet that's what we do right at home. We don't need other people to make us feel inferior, we do a perfectly good job of it ourselves. We laugh at the dark-skinned, the short, the kinky-haired, the flat-nosed, the beady-eyed, which are the characteristics of our race, and which did not prevent Jose Rizal from becoming one of the greatest men who ever lived. Why shouldn't other people treat us as inferiors when we deem ourselves to be so?

There is, after all, nothing wrong in trying our best to look beautiful exteriorly. At the end of it all, however, what matters most is how beautiful we are - skin deep.
Posted by Kid at heart at 8:05 PM