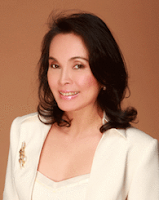 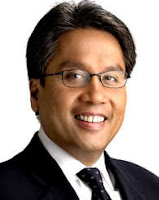 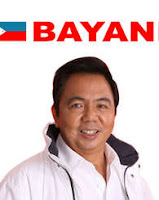 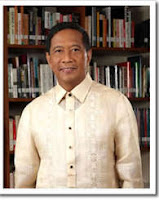 This is not about deadly vices - alcohol, smoking, drugs, gambling, sex.

It's about the once upon a time, presidential wannabes, who through some stroke of fate, have settled to run as vice-president of the republic.

There are simply four to contend with - Mar Roxas (runnning with Noynoy Aquino), Loren Legarda (running with Manny Villar), Jojo Binay (running with Erap Estrada), and Bayani Fernando (running with Dick Gordon). If there is anyone else running for this position, he or she is as inconsequential as a cockroach.

Not really much to choose from, considering that they all at one time or another wanted to become president but had to settle for something of a lesser position, yet a greater chance for winning.

Mar Roxas looks like the boy wonder and superhero among the four. Of course, his penultimate sacrifice of scooting over the side for and on behalf of Noynoy Aquino, did wonders for his survey. He now leads commandingly over the others, as others see "Mr Palengke" as the champion of good. Practicality came into the picture. Why throw away millions of pesos to a losing position? After all, what is important is that he wins in the upcoming election a governmental position and what better strategy that to be the consummate martyr at this point? Whether Noynoy wins or loses this election, Mar seems to have his fate sealed for him already. This is what great strategy is all about.

Loren Legarda has been called all names after her switching from camp to camp. Well, let's just quote some other people that have said that she is akin to a prostitute who moves from one man to another. In 2004, she was the running mate of erstwhile President, Joseph Estrada. The Estrada camp found a more loyal ally in Jojo Binay and she was in much need of a party to belong to. And after hanging on the ledge for months, she ends up with a nod from the Villar camp. She trails a distant second in the polls to Mar Roxas.

Jojo Binay once wanted to be called the Philippine version of Barack Obama. Fine. Whatever! But no Obama is he. This is a guy who has the people of Makati at the palm of his hands. His family's dynasty has ruled Makati City since the late Cory Aquino made him Mayor after the EDSA Revolution. Since then, his life has never been the same again. He ran for mayor for 3 terms, then gave up the position for his wife (because of a political ban on running for 3 consecutive terms), and after his wife's term, ran again for Mayor. A position he has held to this very day. His potential votes come from the Erap and Aquino group. While Erap is his running mate in the upcoming May 10 elections, he is very close to the family of the late Cory Aquino. At this point, you can judge that not all the people that Cory kept close company with, were actually trustworthy.

Bayani Fernando also wanted to be President. Aside from Metro Manila, however, no one else visibly knew him. He was not popular in other provinces except for Metro Manila in general, and Marikina in particular. Like Binay, the family of Fernando has ruled Marikina for the longest time as well. Unlike Binay, however, Fernando ruled with a golden fist and insisted on discipline in Marikina and in the Metro Manila Development Authority. While Fernando may not be liked by the majority of the Filipino poor, the middle class and elite seem to support him.

Of all the four that are potential vice-presidentiables, Bayani Fernando is actually the most practical person that should be the successor to the throne of Noli de Castro. He is an action man. He practices what he preaches and his policies actually make sense. He is not interested in doing work so that he can get media mileage. He does his work because he is a civil servant.

Oh yeah, there is this guy called Edu Manzano who's supposed to be running with Gibo Teodoro. I don't know why he was even picked by the Lakas Kampi party, but duh?!?!?!?!?!? Why him? What in God's name did he ever do to even deserve the nomination to be Vice President of the Philippines? What are we - a big game show? Gibo would have been more assured of a vice-presidential candidate had Vice Ganda been his running mate. With the latter, win or lose - Vice pa din siya!!!
Posted by Kid at heart at 1:52 PM